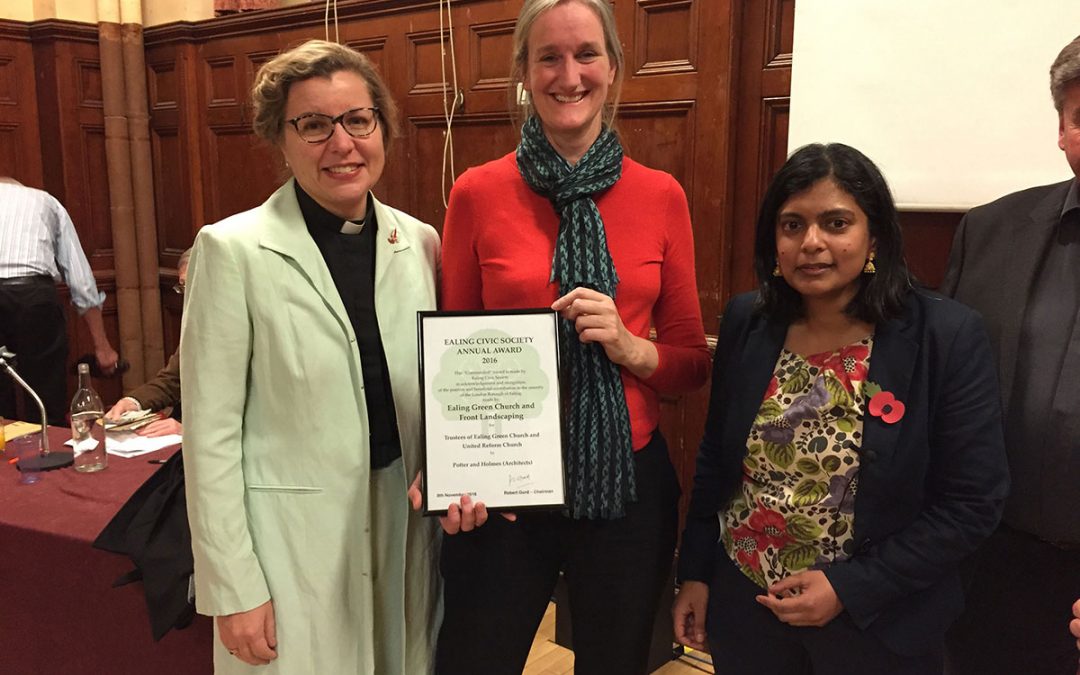 In recognition of the church’s restoration and public benefit, Ealing Civic Society awarded Ealing Green Church a Commendation in December 2016.  Rupa Huq, MP for Ealing Central and Acton,  commended the front landscaping as well as the reinstatement of original features on a project with a tight budget and in spite of difficulties on site due to discovery of asbestos which delayed the completion date and increased the costs.  Over 400 members of the public per week now use this space.